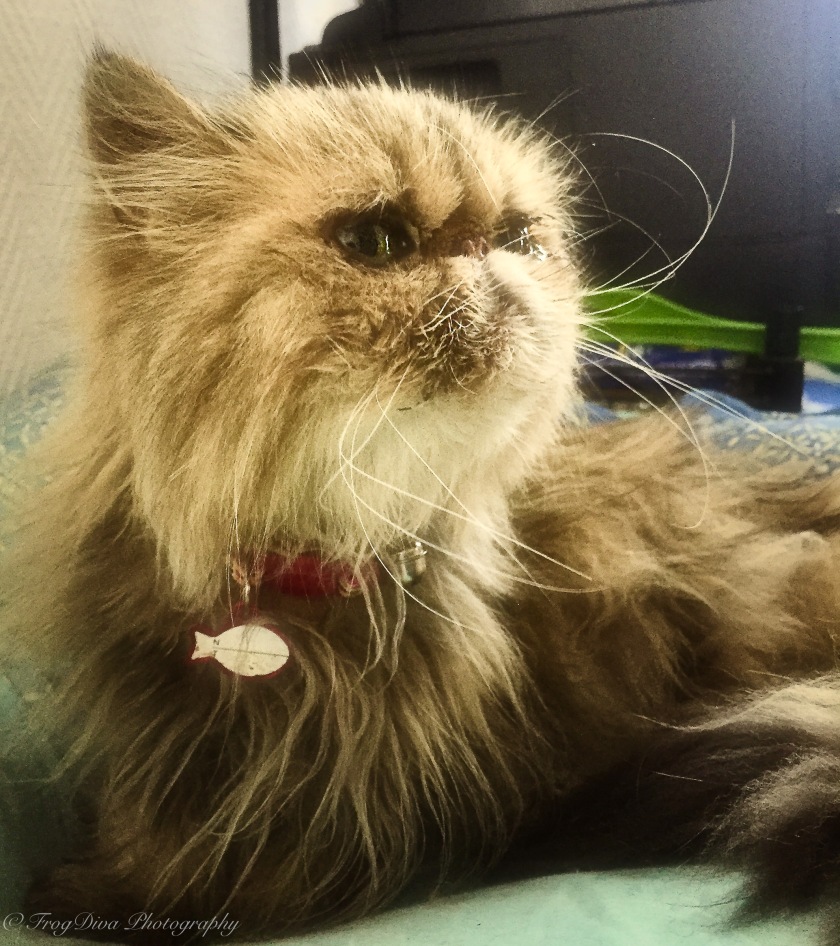 I discovered this week that my dear Lolita, who has feline dementia at her ripe old age of 15, formally known as feline cognitive disfunction system (CDS), reacts very well to opera. I usually have cat music (yes, it is a thing! And there is even an App for it) running in the background for both cats, but Lolita suddenly perked up to to Luciano Pavarotti one morning and was lucid, active and attentive. The moment the song ended, the curtain of disassociation fell over her again and gone was the spark of lucidity in her beautiful green eyes.

I paid no further attention to the matter until she heard Josh Groban again the next day. Before you say anything, yes, I am aware that Josh Groban is popera. Again, she woke up, looked around, understood fully where she was and what was going on, and proceeded to do her little granny shuffle. This time I did pay attention and wondered whether she was just expressing approval of the music or there was something more to it.

So I played a full playlist of classic opera for Lolita, and instead of flopping onto her side for her usual morning nap, the little old lady got comfortable and listened in a relaxed manner. Hard as I tried, I could not find any study or correlation between feline dementia and opera, so I suppose it is just a quirk of my cat. There is a lot of material out there on cats preferring classical music in general, but absolutely nothing on opera and feline dementia. Perhaps someone out there reading this has experienced something similar? I can only assume that like the cat music specifically designed for their listening range, there is something about opera that reaches deep into their sensitivities and ignites a sense of presence and purpose. It is the only explanation I can come with, especially since there is very little that motivates Lolita these days other than food.

“Music is a particularly effective therapy because, in an Alzheimer’s patient, the brain stem and the brain’s limbic system are still able to respond to rhythm, explains Linda Maguire, a soprano-turned-neuroscientist specializing in music therapy.” (“Brain Exercise” for Dementia Patients – Opera America, 2018)

I love classical music, and work best with it in the background if I need to concentrate, but I had to learn to appreciate opera. I do have my limits in terms of duration and enjoyment thereof, but if this is the price to pay for extended moments of lucidity with Lolita, I will gladly endure! As I write this, W.A. Mozart’s Le nozze di Figaro K 492 Sinfonia is serenading us in the background. The cat is having an opera matinee. Live and learn.