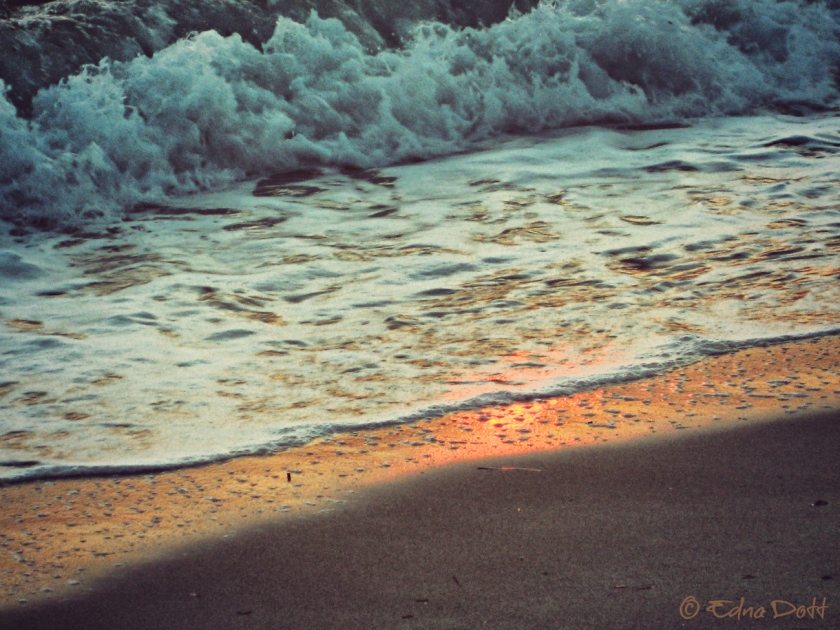 *The third of the EDNA DOTT series. Extract from my Photography blog, Through Frog Eyes. Each month a guest photographer is featured and a short story is woven around a set of photographs. This is where photography and creative writing find a common platform. Please click on the link to read the complete story below with the full set of photographs.

At 19, Marianne was full of life and eager to discover the world. She had just graduated from High School, landed a small job at the neighborhood café as a waitress, and held her first train ticket in her hand. She and her friends were travelling together to New York to explore the Big Apple for the first time. For the three girls it would be the first trip without a chaperone and for Marianne it was also her first train ride. In the past she had always travelled by bus, which could be exciting enough. The time would come soon enough when all of them would look back the echoes of a distant summer and mourn the death of a dream. It was 1932 and the world was changing in dark and uncertain ways.

The beauty of travelling with friends instead of family is the absence of structured and scheduled activities. As Marianne leaned back and watched her two friends giggle incessantly over the new magazine and make-up they had just purchased for outrageous prices, she wrapped her hands around s steaming mug of hot chocolate and savored the moment. Lisa was a year younger but looked so much more sophisticated than her tender age. She had a way of combining colors in the most charming way that was never redundant. Marianne just couldn’t imagine Lisa entering the convent and exchanging her colors for the black habit, not when she was so full of life and untamed like she was just now.

Gretchen, on the other hand, barely managed to find her shoes in the mornings and Marianne always wondered how she ever got to school on time, chaotic that she was. No matter what Gretchen did with her hair, it was always unruly and looked as though a tornado had blown through it, changed its mind and blew right through it again. The girl possessed no compass for her mind, heart or feet and did most things on the spur of the moment. Enviably enough, everything Gretchen undertook turned out brilliantly, and nobody really understood how that happened, given that on most days she stumbled her way around school, tripped over buckets and hoes at the farm, and dropped bags or knocked over glasses at an alarming rate.

Everyone had their quirks, for better or for worse, but these beautiful spirits were her best friends in life. They understood her on her weird days, embraced her during her stormy ones, and celebrated together on good days. Family was good to have, but friends like Gretchen and Lisa were far more precious to Marianne than anyone else in the world. They are the colors of my soul she thought to herself. We may not be able to hold on to our youth forever, but who cares, when we can grow old together.

She opened her eyes again and stared at the two empty chairs before her. Each year on their birthdays, the table was laid out with candles, flowers, elegant plates, and the most delicious cheese cake ever. Lisa had died in Africa 15 years ago, contracting a mysterious disease from one of her missions. Gretchen was in the clutches of Alzheimer’s and Parkinson’s, confined to a nursing home and not allowed visitors. It broke Marianne’s heart to see Gretchen that way, and after a while she stopped visiting, preferring instead to preserve the memories at the table. Once ago they were young and strong, but life got in the way and dished out the pain and the stumbling blocks to deal with. Throughout it all, they always had each other and never reneged on their love and friendship.