When I begann my love affair with Apple three years ago, I had no idea what an addictive and destructive relationship I was getting into. Stupid me, I followed the advice of other Apple addicts and took the plunge. It started rather harmless, with an iPad mini, which ended up with my Dad, and I got myself another one, but my entire work station remained Windows and my phone Android (Sony Xperia). I had no problems with that and was quite comfortable (and adept) with my set-up. I even managed to find the software that allowed me to synchronize iTunes with my Sony mobile phone and had iTunes for Windows on at least two other devices. 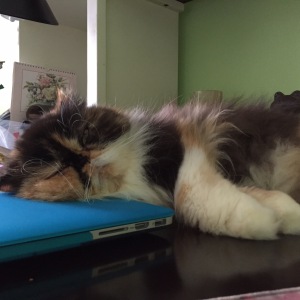 In comes the iPhone, and I took one step further into the committed relationship with Apple devices, falling deeper and deeper into the trap, imprisoned in the world of iMessage, FaceTime, iCloud, and a host of other Apps that made life easier. Or so I thought.

The final stage of crossing over to the dark abyss of the white Apple was buying a MacBook Pro. Oh, my world was complete and I could synchronize my life across Mac. At this point, the entire family was on iPad and iPhone as well, so we settle down into the quiet life of Mac.

Yes, well, nothing quiet about a messed up MacBook that crashes in the middle of several crucial projects. I googled the First Aid steps on rebooting and resurrecting, but nothing doing. So finally, I was left with no choice but to visit the Power Mac Center and surrender my MacBook.

Apple devices are a pain – on the wallet – but they are built to last and if you are conscientious about updating the software, it works like a dream. Ever since OS X came out, however, I have had one problem after the other. Never mind the fact that with the amount of traveling that I do, my devices are put through hell. Curiously, when I handed over my Mac for repair, there were three other people there with the exact same problem on the same model. Could it be that OS X and the MacBook Pro Rettina 13″ are not a match made in heaven?

My eyes are strained and I am exhausted from working on the iPad mini- thank goodness I have the BT keyboard though, it is the one saving grace. The costs of Apple repairs are legendary and I am dreading the release of my patient… Ha, and here is the coup de grace… The projects have eaten up my monthly internet quota and I have topped it up twice, which is the maximum allowable with my package, so I am surviving on the generosity (and efficiency) of a personal Hotspot from my iPhone. Yes, I am upset at Apple, but furious at the Philippine Long Distance Telephone Company services, yet again.