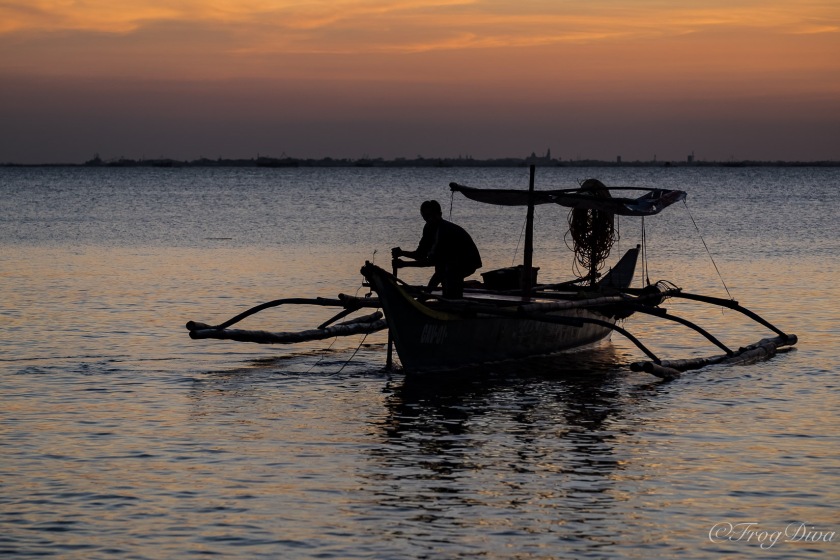 There was no celebration, no hugs to give out, and no gifts to open. My father and I were both born on years ending with a 7, which means that we had milestone birthday on the same years. I had been looking forward to this year, when he would have turned 80 years old and I could have taken him on a trip, like we did for Mommy.

Coconut ice cream, a plate of noodles and chicken would have been his meal of choice. I had none of that, but instead spent some time with him (and Mommy) at the columbarium this evening, shedding tears instead of doling out hugs. I even snuck the cat in, knowing he would have looked for her first thing in the morning when he woke up.

Afterwards, I did the next best thing and headed for Manila Bay. For the last two years I somehow found myself at Manila Bay photographing a sunset for my father on his birthday. This year was no exception. As if he knew I would be there, I arrived at my favorite spot on the rock, set up my tripod and looked to my left to see two boats bobbing up and down. There are never any boats docked in that area, and as it turned out, it was a group of fisherfolk on a picnic. Summer is rearing it’s head in the Philippines and it’s beach time again.