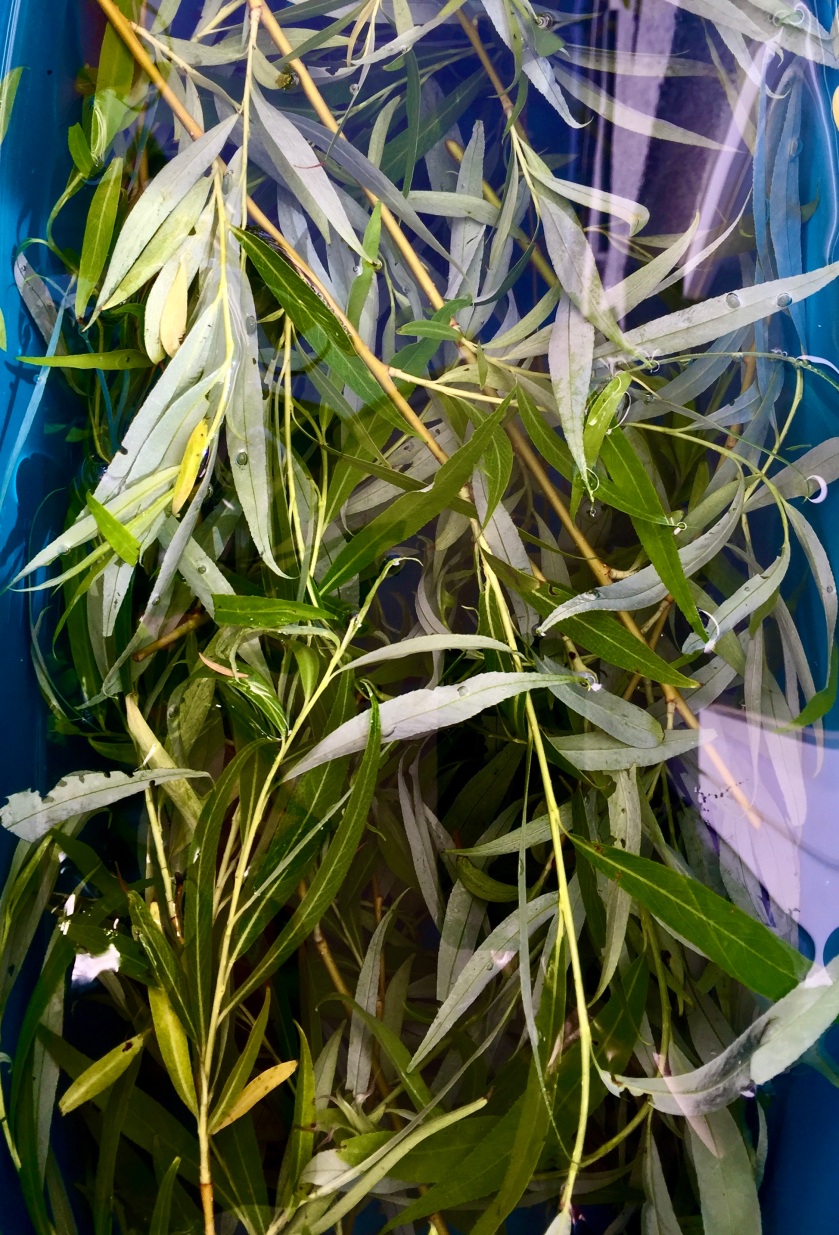 The thing I love most about living in different countries is learning all the peculiar new quirks that, if you keep an open mind, make life much more interesting. The list of things I have learned ever since moving to Germany for the first time in 1993 will fill up several volumes of an encyclopaedia, and not all of them positive!

Nevertheless, I keep an open mind, attentive ears and then research the devil out of it in order to understand everything better.

There are certain instances where I don’t question the when and why, and just go with the flow, but a few days later, probably in the middle of the night during one of my insomnia attacks, I will go back and wonder about the logic of it all. Case in point when my neighbours collected willow branches to prepare willow water (Weidewasser / agua de sauce). It started out as a game to spot the willow tree in the neighbourhood, send in the coordinates and then collect three branches. That alone had me scratching my head already, I mean, sending in the coordinates of a tree? Then it was revealed to us expats in the building that the branches would be soaked in water for a few days and then used to water the newly potted plants in the common garden. Again, I scratched my head in bewilderment and decided this was going to be a hell of a learning curve.

The main reason I had my doubts about this whole willow business is that in Asia, the willow tree is a messenger of sorrow. According to Feng Shui, you are never supposed to plant a willow tree in your garden or else you will be riddled with bad luck and sorrow all your life due to the drooping branches, which represent droopy finances and misfortunes. It is especially bad for relationships, so I spent my whole life avoiding willow trees.

If you look into Celtic tradition and continental witchcraft history, the willow plays many important roles, one of which is being the bridge between unconscious and understanding, emotions and cognitive processes, bringing clarity when needed, and being a catalyst for change. Although also associated by artists as a symbol of sorrow (e.g. Shakespeare and Monet), sitting under a willow tree has long been believed to be a source of comfort and equilibrium. Furthermore, if you plant the young branches of the willow they are a symbol of new beginnings, hope, and leap of faith.

Willow water, as it turns out, is a natural root activator, replacing those expensive activators or plant growth hormones you get at nurseries. Not only does willow water activate the roots, but it also helps fight bacteria and counteract fungal infection in the roots. In addition, the willow is a natural analgesic, the bark of the tree containing one of the principal ingredients of aspirin, and has been used to treat headaches, back pains and even osteoarthritis!

Long story short, I now have a bucket of willow water out on the balcony and have been using it to water the newly planted additions to my Froggy Biosphere 2020. Yes, those are strawberries, and rosemary, not in the photos are the basil, mint, tomatoes, sage and lavender.