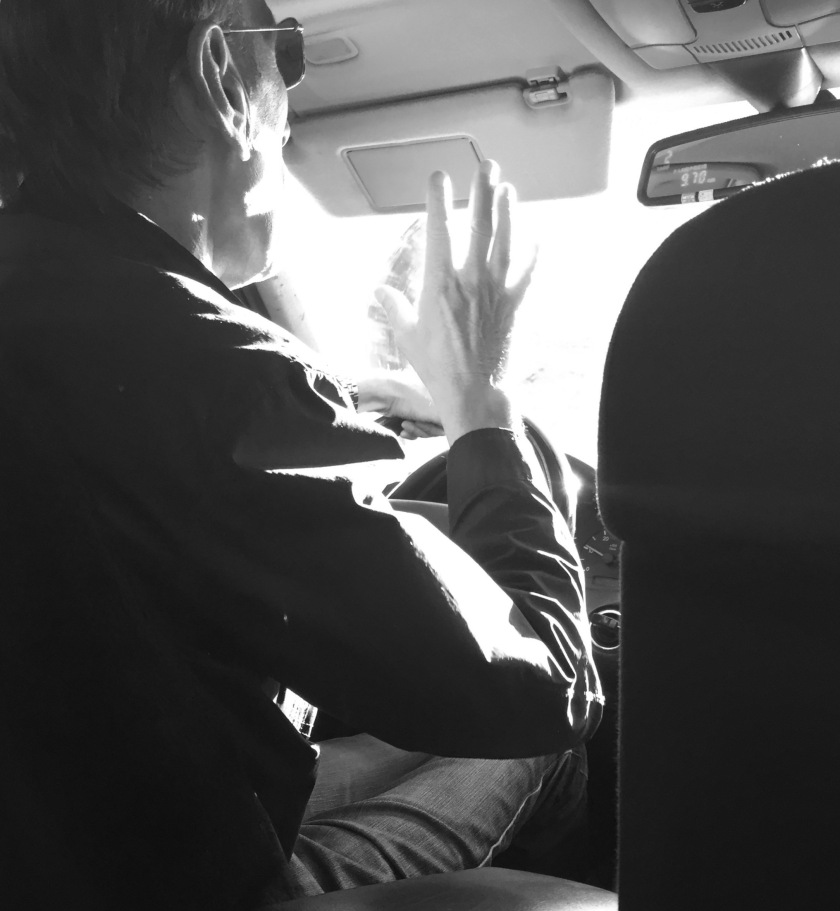 As a linguist, I am keenly aware of accents and cultural origins, which always intrigues me and gets my creative juices flowing. The moment I met Johann, I knew he was not a native Berliner in any which way. You can take a Bavarian out of Bavaria, but you can never change the accent and that was definitely the case here. At first he seemed like the type who wasn’t really interested in carrying on a conversation, but since it happened to be day when there was an unusually large amount of traffic jams in the city, we started talking.

Born near the Czech border into very humble circumstances, Johann grew up in a society that was at its peak of the hippie generation back in the 1960s. He was 15 in 1968 and hence doesn’t really consider himself as a full-fledged member of the infamous ’68 generation. Nevertheless, he got caught up in governing sentiment of wanting to revolutionise the world, make it a better and more peaceful place to live in. In order to do that, Johann knew that he had to move out of the village and come down the mountains if he ever wanted to carve out a new life for himself. So when it came to choose universities, he chose West Berlin and decided to try out the high life, emphasis on “high” during the early 70s! This graduate of surveying engineering fell in love with Berlin from the moment he set foot in it, and never looked back: “Das Rad kann Mann sowieso nicht zurück drehen” (you can’t turn back the wheel of time anyway).

It was the 70s in West Berlin. Drugs, sex, and rock n roll were the in thing, but so was the underground life. To a young man who grew up in the mountains of Bavaria, this was a cultural Mecca beyond his wildest dreams, and he soon became addicted to life and lifestyle of the city. “Berlin ist underground,” says Johann with nostalgia, “that is how we saw it then.” He made it a point to emphasise that this was West Berlin, because his friends in East Berlin lived a completely different life and “underground” also took on a different meaning on the other side of the Wall.

In spite of the two decades of driving a taxi in Berlin now, Johann has been fortunate not to end up in life-threatening situations. He ends up with a lot of drunks in the car, which is expected if you are on night shift. And in some cases he has needed to call the police because the passenger(s) passed out and couldn’t be revived. On the other hand, there was the one passenger who got in, after pleading with several other taxi drivers and being rejected, and asked to be driven to Wolfsburg, a good 227 km and 2,5 hours away. The man had no money or cards on him, but promised to pay generously upon reaching in Wolfsburg. Johann took pity on him, decided to give him the benefit of the doubt, and claims it was one of the most fascinating drives ever. Not only did the passenger pay and tip generously, but he jumped right back into the taxi and drove back to Berlin – of course paying for that trip was well!