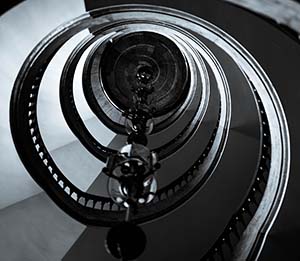 Trials and Travails Of A Freelancer (in Germany)

It is hard to say whether it is better to be employed and be surrounded by people in an office or to be a freelancer with a home office and be alone all the time, but master of your own time. There are certainly advantages and disadvantages to both situations and the jury is still out on that one, at least in my world.

I didn’t believe a friend of mine when he told me in May that it would take me anywhere between six to eighteen months to find a job in Berlin. This is the same person who warned me that it was naive of me to think that I could find an apartment in Berlin within four weeks, and I didn’t believe him then either. He was absolutely right in both cases. Six months after arriving in Berlin, I am no closer to landing a job than when I arrived. At least the apartment issue was resolved in six weeks, but being a middle-aged Asian woman re-entering the workforce as an immigrant is a tall order. Just about everything I thought I knew about Berlin from 11 years ago is not applicable anymore, and with so many millennials seeking employment as well, all of them equipped with the fancy diplomas that the corporations want to see on paper, it is tough going.

Plan A – and I still think it was a very good plan – was to hit the ground running and be employed right after my container arrived. But then the container got delayed, and the amount of rejections I began receiving was almost the same number as the applications I sent out. I say “almost” because some companies that advertised job openings don’t even bother to send out rejection letters. Their postings explicitly say that they will only contact short-listed candidates.

Residency in Germany demands that you insure yourself with the basics policies (which teaches you wonderful long and convoluted German words, by the way): household insurance (Hausratversicherung), personal liability insurance (Haftpflichtversicherung), accident insurance (Unfallversicherung), and health insurance (Krankenversicherung). Then there are the special concoctions like pet insurance (Tierkrankenversicherung), and in my case as a freelance translator, pecuniary damage liability insurance (Vermögenschaden-Haftpflichtversicherung). Wow, I tell you, this is the best way to lose weight, because once you are insured up to your eyeballs and pay the rent, there is not much left for food anymore! Geez. At least I don’t have a dog that requires registration with the tax office (yes, dogs in Germany are tax payers because they use public property). My head is spinning with all the paperwork, and these are just the basics.

Okay, that is the insurance side of life in Germany. Then comes the taxation and healthcare. Now, if you are employed, there is nothing to worry about because the company will handle all the taxes. But as a freelancer, you need to register for a different tax bracket (Freiberuflersteuer), and then figure out whether you earn enough (or are going to) to qualify for the commercial tax (Gewerbesteuer). What?! OK, so if I get it right, I can easily register for my freelancing but have to make sure that I don’t hit the limit and tumble into the commercial tax bracket because my residency permit doesn’t allow me to do so. Translation, go ahead and earn money but not too much. Grrrrr. Or an even better translation: be a good foreigner and don’t you dare be an idle member of German society, but you can’t set up your own business either. (NB: I refer to foreigner as those living in Germany with unlimited residency permit (Unbefristete Aufenthaltserlaubnis) who are allowed to work but are restricted from owning businesses, among other things.)

Are you still with me or did I lose you three paragraphs ago. Don’t worry, it has taken me several weeks to figure all this out and it is all happening very fast because I had to fall back to Plan B and become a freelance translator again in lieu of corporate employment.  All this is part of my learning curve, and none of which I ever needed before let alone encountered, having lived as a spoiled expat outside of Germany all these years. It is the toughest hands-on life workshop I have ever participated in, and the irony of the matter is that there is nobody to blame except myself for voluntarily choosing to settle here. So, for those of you forming the new government, could you make life a tad easier or at least less confusing?

Correction: 29 September 2017
I stand corrected – there is no limit to my earning ability based on my permanent residency as far as the Tax Office is concerned. I may earn to my heart’s content – and the Tax Office will be happy to collect. The healthcare, however remains complicated for freelancers, but there are ways of scaling it down. Stay tuned!