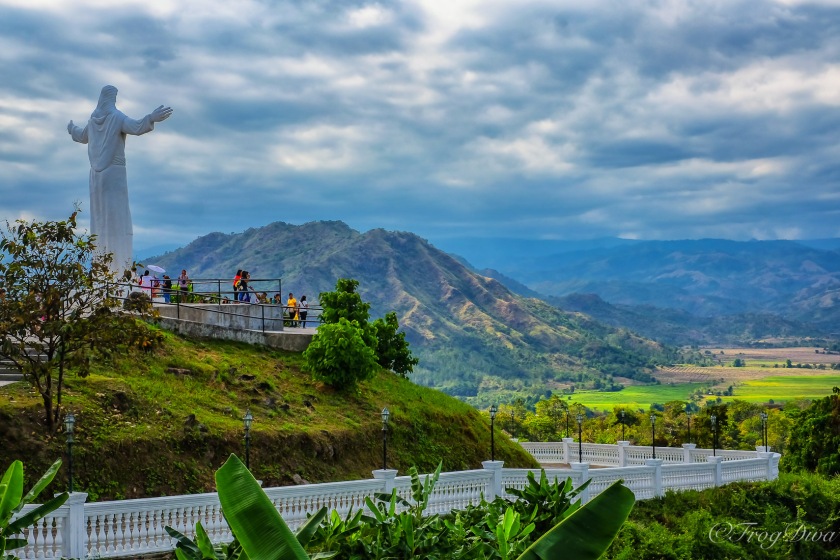 When my girlfriends and I get together and decide to go on a road trip, we never know how it is going to turn out. We all have an aversion to maps, our sense of direction is questionable, and we tend to take spur-of-the-moment decisions that will have the driver’s head spinning. In short, we would make terrible soldiers because we rarely stick to a plan, or even worse, we march on without a plan, let alone a strategy. This year marks our 30th year as friends and we have so much to be grateful for and many reasons to celebrate. Well, if we have to be honest, each time we get together is like a celebration. We are each other’s oasis and fountain of youth. Ours is a friendship that has matured and strengthened over the years, adjusting to the various stages of our lives and lifestyles.

Road trips are an integral part of our adventures, and when we venture outside of Metro Manila, it is food or faith-related, or both. Our objective was to do a small pilgrimage to the Basilica of Our Lady of The Holy Rosary in Manaoag, Pangasinan, known for it’s miracles. It is roughly a 3.5 hour drive from Manila and on the way back we intended to pass by Dagupan for a late lunch (early dinner?) and then shoot the sunset along the beach. That was the intention. But as my spiritual mentors always told me, man proposes, the Lord disposes and it was not His will that we go to Manaoag yesterday.

While cruising down the highway through the Tarlac province I spotted a sign announcing the Monasterio de Tarlac and asked if anyone had been there before. I drew three blank faces, which was enough for me to tell our driver (Mang Nestor, a lovely man blessed with the patience of a saint) to take the next exit and head towards the monastery instead. We had no clue what we were actually headed for, what we would find, or the historical and cultural significance of it. I turned on the GPS and navigated (ha! Yes, me navigating), although the price everyone had to pay was to sit patiently in the car each time I asked Mang Nestor to pull over so I could hop off and photograph. At some point we realized we were headed deep into the Tarlac countryside, driving further and further away from the townships. I knew we were reaching the middle of nowhere when we began to encounter chickens strolling along the roads instead of dogs, people waiting for jeepneys, and the only ones who really gave a hoot about us were the carabaos grazing in the fields. Grass was replaced by rice paddies, and we were definitely going uphill. Gulp. Oh but what view we were treated to!

Once you pass the gate and pay your entrance fee, just follow the spiral road upwards and at some point the yellow and white Vatican flags will become the markers leading you towards the heavens. Needless to say, we were speechless with the view before us, and I for one felt as though I had suddenly teleported to Rio de Janeiro as I gazed upon the large Christ the King statue overlooking the Tarlac countryside.

Unlike Manaoag, there are no pesky vendors outside the church nor are there throngs of people lined up to write their petitions on the offering envelopes. Yes, there are visitors, but the numbers are contained and are just enough to fill the small chapel. I spotted the monks and wondered what order they were from. The Servants of the Risen Christ didn’t ring a bell, even less so when I heard the brief history of the monastery being read out before the mass. As it turns out, the monks are the custodians of the relic of the Holy Cross endorsed by the Diocese of Essen in Germany, modern day Templar knights!

I chatted with some of them before mass, and asked permission to take their photographs for the blog. The relic of the Holy Cross is sealed in a metal box and the chapel altar was built over it. The altar is kept behind a gate, and mass is celebrated old-fashioned style behind the gate. However, once the final blessing is given, the gate is opened and those in the chapel are invited to venerate the Holy Cross. I may not have made it to Rome last December, but this certainly more than made up for it. It took all my strength not to scream out in pain as I knelt down to venerate the cross and touch the box, it was even worse standing up and my knees radiated excruciating pain.

If you walk around the monastery complex you will always run into a monk in charge of some activity or another. They sell souvenirs, are at the information desk, in the chapel, or simply standing around and talking to the visitors before returning to their duties. They are a contemplative order but obviously have no vow of silence.

When the road takes you to the hills instead of the ocean, and to the Servants of the Risen Christ instead of the Dominicans, you bow your head in reverence and accept. There is something good in store.