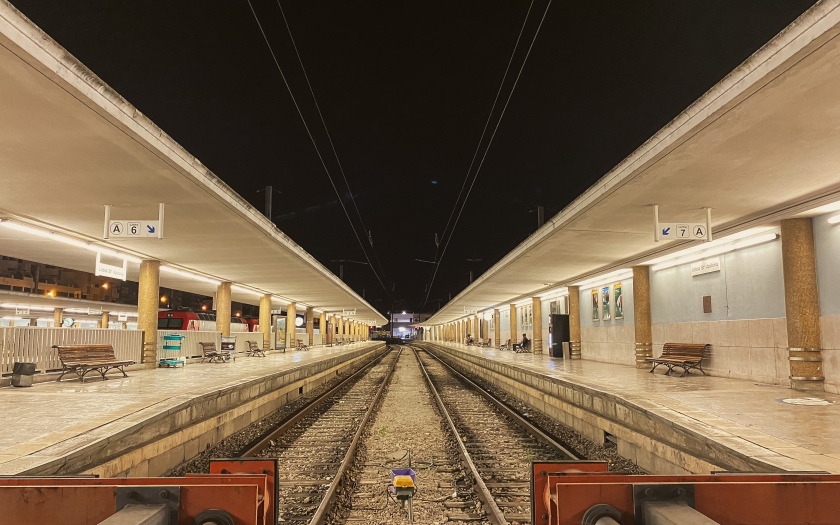 Over the past week, the temperatures have been dropping steadily in Portugal, and we are no longer hovering in the high 30s but treading around the low 30s to high 20s. Seriously? Am I going to talk about the weather today? Don’t worry, I’m not. The point of that introductory line was mere to point out that Autumn is around the corner here in the Iberian Peninsula, with the days growing shorter and the nights longer.

My morning walks to the train station are in darkness, no longer bathed in the shimmering dawn light with the horizon radiant with hues of yellow and orange. Last night I sat and strared at the river, my mind wandering as it tends to do at the end of the day, and before I knew it the street lights had come on and the room was swathed in shadows. Looking at the clock, it was barely 20:30, which is a bit of an adjustment now, having gotten used to sunsets around 21:15 or so.

The greatest advantage of the change in temperature is the disapperance of the horrendous swarm of mosquitoes that attack you at the train station or anywhere else around town for that matter. We can all actually just stand quietly at the platform in the stillness of the early hours, most of us still sleep weary and not quite in full possession of our senses. No more mad swatting around or cursing the insects. Ah, bliss. On the other hand, the winds are back. It is almost pointless to put in any effort whatsoever into combing my hair because the moment I step out the door the gusts of wind will mess it all up anyway. The hairstyle trending at the moment is the windblown look…

The wind was so strong yesterday morning that I could barely walk straight. The guy in front of me was not faring any better and was zigzagging his way to the station as well. I looked up at the sky and grumbled “Really? Wind? Why?” Then it ocurred to me, that is what life changes are all about. We sometimes get stuck in situations where we are attacked from all sides by deadlines, criticisms, demands, impossible standards, lies, and falsehoods. These are the mosquitoes in our lives that we have to deal with, often making us stop and ponder how on earth to escape it all. Try as we might to swat them away, the just keep coming back.

If you are patient, and find a way to work around these pesky factors, you manage to move on, even if in little steps. The goal is to make it through the day in one piece. So what if you get bitten here and there? You are still you, scars and all. The winds of change will come when you least expect it, and even though we don’t understand what is coming, deep down in the depths of your soul you know the storm is temporary and meant to chase the mosquitoes away.

This morning the winds are gentler and when I looked up at the sky I was greeted by a plethora of stars! I stopped in my tracks simply stared up in wonder, grateful to be alive and witness such beauty. What’s the big deal you may ask? After living for decades in smog-plagued megalopolises, stars become almost fictional unless you drive several hundred kilometres out of town. So yes, a start studded sky does thrill and excite me! This is what happens when you endure the storms. A walk beneath the stars is your reward.

Vila Franca de Xira is right along the Camino De Santiago (Camino Portugues) so I see quite a bit of backpack-laden pilgrims along the path leading to the next station. I admit to envying them tremendously, and keep hoping to finish my own Camino Ignaciano someday. This morning I walked alongside one such pilgrim. No words were spoken, just simple companionable silence that was incredibly refreshing and soothing.

It has been a hell of a Summer, and I for one am ready to settle down for Autumn. I’ve chased away the demons and mosquitoes of my past, and yearn for the serenity of a new haven.