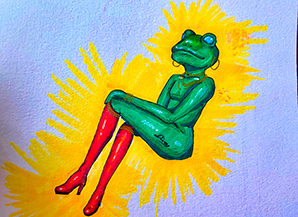 Let me backtrack a bit here… as many of the regular followers are aware, I’ve had trouble writing recently and went deep diving into books others have written. That in itself has been an adventure and half, proving to me why I am not a romance writer, never will be a writer who indulges in romantic HEA (happily ever after), and most definitely am sick and tired of the main mail character being a troubled billionaire from New York, Chicago, Seattle or Los Angeles. I pause to succumb to the growing nausea… having said that, I have discovered a few gems in terms of romance authors who, albeit the standard romance formula, have given me a few interesting ideas in terms of adding spice to (mid-) life, one of them being the Fuck-It! List

First things first – what is the difference between a Bucket List and a Fuck-It! List? First of all, a Bucket List is a contemporary version of Things to do before you die... which basically means that anything you put on it has to be carefully planned and timed. It usually involves travel, a substantial budget, and in many cases, a travel companion. The idea of a Bucket List is to reach the final chapter of your life and look back with no regrets. Meaning, you lived your life to the fullest, took the chances, went to the places your soul yearned for, and pushed the limits of your body and mind beyond the physical and social limitations that formed your comfort zone. My Bucket List for example, includes

I have no clue how and when any of this will take place and if I will ever be able to achieve them, but they are on my list nevertheless, and while creating my bucket list over the years it became painfully clear to me how much I regretted remaining on the straight and narrow path that my parents required me to and not following my heart’s desire to be a photojournalist for National Geographic from the very beginning.

A Fuck-It! List on the other other hand, is a list of things you want to do that require no planning whatsoever and are done on the spur of the moment when the opportunity presents itself. In the book, for example, the main character had dance in the rain with a stranger and skinny dip in a lake by moonlight. You can’t really plan any of these things, you see the moment and simply say, fuck it, this is it! I love the idea, the push into the realm of spontaneity, and the ultimate adrenaline rush of saying Me First!

I leave you today with my first Fuck-It! List item – the evolution of the FrogDiva logo. The first logo you are all familiar with – my daughter designed it for Mother’s Day back in 2015 and I filed for the copyright three years ago.

Last week my wonderfully talented daughter presented me with a new frog which presents a bold statement of where I am and what I want to do with my life. I have never been one to stick to the mundane and do what everyone else is doing. So out with the traditional Frog Prince or yoga frog looks, and in with a badass Diva with attitude and fuck-me boots. I’ve commissioned a triptych and they will be officially registered as well.

How did the frog make it to my list? Well, when I saw it half way done, I asked if the legs could have the tall boots instead of the ordinary webbed feet, and then had the Diva tattoo added. I took one look at the finished design and thought fuck it, this is the new logo! It’s still work in progress, but you get the idea.

When you pass the 50-year threshold and realise that life is actually too damn short and much of it has been wasted on survival skills, institutional activity (eg. academia), income generation, and freaking complacency to the demands of others, you inevitably stop and wonder, hell, where am I and what happened to me? This sentence can be interpreted in various ways, and let me be clarify that I mean where am I means where am in in the greater scheme of things… and not in any geographical sense whatsoever. In the same manner, what happened to me? implies what happened to my true self over the years while trying to juggle all the roles and hats forced upon me? So if you, like me, reached breaking point and your armour began to crack from the pressure, then it is most certainly time to break free and start living.