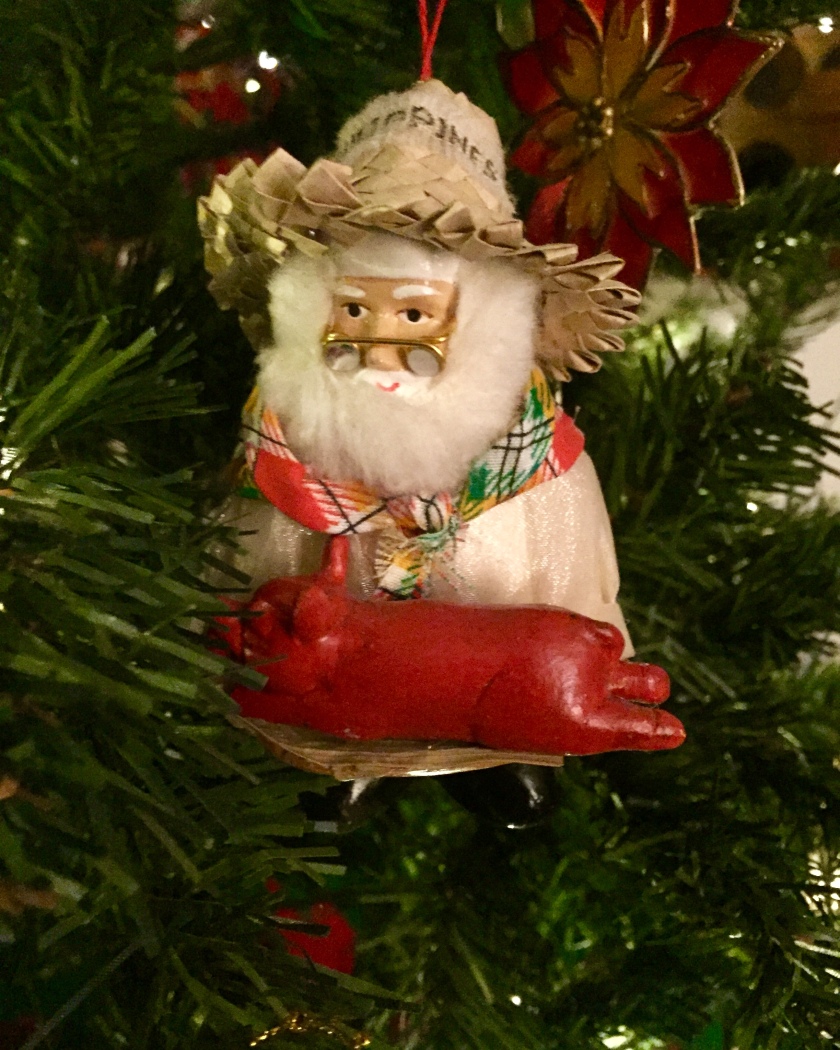 I think 2020 is a year where we have all earned something from Nikolaus by default. The question have you been naughty or nice this year? sounds a bit redundant, unless you belong to the COVIDIOTS faction and have been obnoxiously stubborn the whole year and been spreading the virus around by refusing to wear a mask or self-quarantine. In which case you probably earned a lump of coal instead of chocolates and a gold coin.

The German-speaking parts of Europe all celebrate the feast of Saint Nicholas today and instead of coal or gold in the shoes left outside, children are hoping to find chocolates, apples and nuts! Let’s step back in time and jump to the 4th century where we meet the kind Bishop of Myra who became known for secretly putting coins in people’s shoes and other secret gift-giving habits; thus begins the legend of Santa Claus.

This is a treasured tradition that dates back to the good Bishop of Myra, also know as Nicholas of Bari, and Nikolaus in Germany, Austria and Switzerland, and Sinterklaas in Holland.Particularly in south Germany, Nikolaus makes house calls accompanied by knave Rupert who distributes gifts to those who have been good, depending on what his golden book says. On the other hand, if you have been naughty, the shoes will not be filled with goodies and you might end up with a dry branch (Rute) and a spanking. It has been theorized that the modern image of Santa Claus now comes from an amalgamation of both Nikolaus (the bishop’s red vestments) and Knave Rupert’s attires (the hooded robe traditionally in brown). Somehow when the legend crossed the Atlantic Ocean, both the figures and the outfits combined into one new figure, Santa Claus who somehow also gained massive weight while crossing over to the other continent.

Although many believe that it was the Dutch settlers who brought St. Nicholas over to the New World, historians say that it is the German settlers who continued to celebrate the feast in the Americas. “After the American Revolution, New Yorkers remembered with pride their colony’s nearly-forgotten Dutch roots. John Pintard, the influential patriot and antiquarian who founded the New York Historical Society in 1804, promoted St. Nicholas as patron saint of both society and city. In January 1809, Washington Irving joined the society and on St. Nicholas Day that same year, he published the satirical fiction, Knickerbocker’s History of New York, with numerous references to a jolly St. Nicholas character. This was not the saintly bishop, rather an elfin Dutch burgher with a clay pipe.” (source: St. Nicholas Center). Another turning point took place in 1821 with the publication of the book Children’s Friend, where Santa Claus is depicted as a man from the North Pole on a sleigh. By 1823 the good bishop of Myra had completely transfigured into the jolly pot-bellied elf with flying reindeer, immortalized in Clement Clark Moore’s poem “The Night Before Christmas” (original title having been “A visit from St. Nicholas).

The confusion between Nikolaus and Santa Claus is a topic many multicultural families are confronted with or even children who attend schools that espouse different religious beliefs than their own at home. I grew up with the North American Santa Claus, who brought me my gifts on December 24th. The addition of the German dimension of my family. however, forced me to revise the concept in order accommodate the best of both worlds and uphold all family traditions. Christmas gets really complicated at our home because Nikolaus visits on December 6th bringing mostly chocolates, oranges and nuts. On Christmas Eve, Santa Claus is in charge of gifts. What I don’t subscribe to is the South German tradition of the Baby Jesus (Christkind) bringing gifts, because I refused to mix religious principles with gift giving. The religious upbringing of a child should be clear cut, and not confused with marketing and materialism. The Spirit of Christmas should be exactly that – nurturing of the spiritual beliefs.

So how do the two characters compare? Well, it literally boils down to apples and oranges, but both uphold the spirit of generosity. Whereas St. Nicholas espoused the values of humility, generosity, outreach, caring (and was a real person), Santa Claus is an entirely fictional character that seems to be a catalyst of material greed. The rolly-polly bearded man in the red costume referred to as Santa Claus in most countries may be an invention of Coca Cola and be viewed with disdain by some religious groups, but like it or not, this character has permeated much of modern society. It’s really an individual choice how you handle Santa Clause in your family, but here is my take on a list that was published some years ago that I have been modifying as time goes by. The original list was based on the Robert Fulghum poem and book “All I Really Need to Know I Learned in Kindergarten”. I don’t agree with all the items of the original list so I whittled it down:

The rolly-polly bearded man in the red costume referred to as Santa Claus in most countries may be an invention of Coca Cola and be viewed with disdain by some religious groups, but like it or not, this character has permeated much of modern society. It’s really an individual choice how you handle Santa Clause in your family, but here is my take on a list that was published some years ago that I have been modifying as time goes by. The original list was based on the Robert Fulghum poem and book “All I Really Need to Know I Learned in Kindergarten”. I don’t agree with all the items of the original list so I whittled it down:

Encourage people to believe in you – you may not always succeed, but it’s always worth the effort. Sometimes they are just afraid to say it out loud, so learn to read between the lines and the movements.

A lesson in FAITH.

Always remember who’s naughty and who’s nice – in the end it will determine who your real friends are. Not everyone who is nice is sincere or dependable. There are days you need the naughtiness to stay nice.

A lesson in FRIENDSHIP.

Don’t pout – it scares people away. There is nothing sexy about pouting no matter what the fashion gurus or plastic surgeons try to sell us, it simply makes others wonder whether someone forgot to use deodorant that morning.

A lesson in ATTITUDE.

It’s as much fun to give as it is to receive – some people don’t know how to accept gifts for what they are: gifts! The best ones don’t always come in a box, but from the heart, trimmed with love and affection. There are always two parts to a gift – giving and receiving. It is never about the price, but the love you wrapped it in.

A lesson in GENEROSITY.

It’s ok to feel chubby – it’s not good for your blood pressure to always be in control. That’s too stressful. Inasmuch as we are trained by our professions to exercise caution and restraint, your loved ones want the real YOU who can and will eat, pray, love, laugh, and party with gusto.

A lesson in SINCERITY.

Not a lesson in anything, but a darn good tactic!

The concept of Nikolaus all boils down to generosity and kindness, being there for others, serving the community, and helping the downtrodden. I may no longer have a small child at home, but it hasn’t stopped me from celebrating, and there is much to rejoice this year. Yes, the falls and sorrows have been great, but the joys greater. I keep hoping that families will remember that today is about giving of the spirit.

Click HERE to read about Knecht Ruprecht and the Christmas Elves