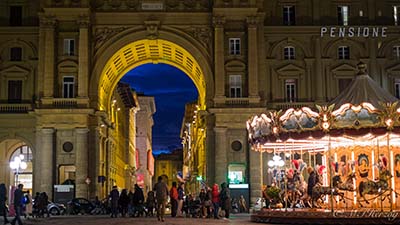 Did you enjoy merry-go-rounds (Karusell / carrusel) as a child? I did, and my inner child still does. No matter where I am, and how old I will be, the magic of a carousel will always transport me to another world, even for the most fleeting of moments. The thing is, I don’t want any old ride on a carousel, I always aim for a white horse, and it has to be one that goes up and down too, none of these static boring ones. And if you ask me, sitting in a sleigh or some other variation of a seat on the carousel just won’t cut it. Call me stubborn, or call me childish, but I want my white horse! OK, I would settle for a donkey, as long as it goes up and down as well. The point is, landing that white horse is always a personal triumph because there is always someone else who was faster, or there were not enough to go around, and I don’t have it in me to bump somebody else off for my own benefit.

No, I don’t want to write about carousels per se, but rather the merry-go-round of life, that sense of never really being sure about whom I will meet the next time around, or whether the same view will still be there a little while later. More to the point, the old saying “what goes around, comes around” is my motto of the day, and in the last two years this has certainly been my world.

When I moved from Manila to Berlin earlier this year, I gave away so much furniture and household items due to volume and budgetary constraints, knowing that some things were irreplaceable. It was a symbolic way of shedding my extra baggage and trimming my life down to the bare essentials in order to start over. Whenever I had to decide whether to take something or not, if the answer was for sentimental reasons I ditched it. A new phase in life, the plunge into the unknown, makes no room for sentimentality or self-pity, as these two emotions eat up valuable space that courage and strength need. I think of it as the partitioning of my inner hard disk and deleting all the inactive or temporary files downloaded over the years of hollow surfing around the worldwide web of life. De-clutter. Free up space. Make room for new memories.

The soul is stripped down to the fundamental pillars necessary to survive and not surrender to The Dark Side of insanity. At least this is the way I justified giving away the bookshelves my father made, most of the crockery my mother had, beds, mattresses, the living room set that was a constant in my life, and so on. The challenge was to confine my worldly possessions to 12 cubic meters. Shit. When I told the packing supervisor what my volume limitation was, and I did so with tears in my eyes, he looked at me sympathetically, and asked me what items were my last priority. Good thing I had pre-sorted everything and handed him the list of non-negotiables that had to come along with me. The rest, I walked away from.

When I moved into my flat in May, I had the good fortune of “inheriting” some furniture  left behind by the previous tenants, which I was overjoyed to have. The items not only replaced what I had discarded, but the aesthetic was so different to my personal taste that it really felt like a new beginning. In the following weeks that I spent glamping, these new and unfamiliar items bought me the time I needed to adjust my the new world. Two days ago, my merry-go-round experienced another white horse and I inherited a van-load of items from friends who are moving away. Originally, I thought I was just going to give an escritoire and some plants a new home, but instead, a pile of treasures and a dream-come-true arrived.

I have harboured the illusion of owning a chest of drawers (Kommode/cómoda) for as long as I can remember. Book after book that I read always had a scene containing a chest of drawers and the idea of hiding treasures or secrets in it fascinated me to no end. Somehow, all the houses I lived in always had built-in cabinets so there was no need (or excuse) to invest in a chest of drawers. Being the FrogDiva that I am, it had to be made of wood, timeless, and not too ornate. If there is one thing I will always oggle at in stores is a chest of drawers, drooling over them like others do with shoes or bags, that elusive I-want-it-but-don’t-need-it kind of indulgence. Lo and behold, when asked whether I could use the blue chest of drawers of course I said yes! (and the cat loves it)

This morning, as I happily work in my newly-refurbished home office, surrounded by all my adopted plants and book shelves, the chest of drawers stands proudly in my room, telling me that everything is going to be alright. This time I caught the white horse.

The Zen of Spring